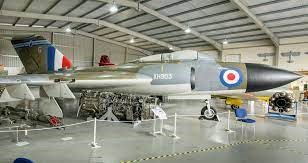 Gloucester is a city that has lots of history – first known as Glevum during the Roman occupation of Britain, the remnants of Roman Britain can be seen all over the county, from the remains of the city gates to the Roman villa at Chedworth.

It is also located in the midst of a beautiful rural area, surrounded by glorious countryside. Many people contact local estate agents such as this letting agency Gloucester based TGRES when wanting to move to the area. If you are thinking of moving to Gloucester and want to know more about it, here are five popular attractions in Gloucester…

Rugby – One of the things that Gloucester is famed for is the success of the local Rugby team the cherry and whites. Their games at Kingsholm draw in huge crowds when they play, and it is great to be able to have all of this sporting entertainment right on your doorstep.

Gloucester Docks – The docks in Gloucester are Britain’s most inland port and during the industrial revolution were an important part of the infrastructure of industry. Nowadays, the docks have been regenerated and are now a place for leisure. With the Quays designer outlet which is a shopper’s paradise, the many bars and restaurants and the museums such as the soldiers of Gloucester and the Waterways Museum, it is a great place to visit.

The Jet Age Museum – One of Gloucester’s most highly rated places to visit on Trip Advisor is this intriguing museum. Set near to Gloucester airport, here you can not only find out more about the history of the jet engine, designed by local man Frank Whittle, but also see a variety of aircraft and even get into the cockpit of an Avro Vulcan bomber!

Gloucester Cathedral – This ancient cathedral has stood here since 1089 and is a huge attraction to tourists. For over 1000 years it has also been a place of Christian worship, something that you can still do here today. Many people also come here because it was used to film many scenes in the Harry Potter films.

Local Walks – All around Gloucester there is plenty of beautiful countryside to enjoy a walk. Head to the Forest of Dean and see the ancient woodlands and attractions like Go Ape and the sculpture trail. Also nearby are the Cotswolds, an area of outstanding natural beauty which is popular with walkers.