The day the royals went on Television. 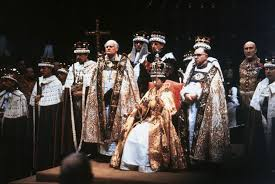 The 1966 World Cup and the Funeral of Princess Diana are the two most viewed televised events in the UK’s history. In both cases just over half the population watched this very happy and very sad event respectively. What figures are not recorded is an event that was televised and was the reason why many people either bought a TV or asked to watch it at someone who had one. This was the coronation of Queen Elizabeth the Second and the first one to be properly televised. It would have been the first time the nation would have had to think about using a TV Aerials Swansea based company like https://www.onevisionltd.co.uk/tv-aerial-installation-swansea so they got a good reception.

The day was the second of June 1953. The young Queen was beautiful and her Husband a dashing war hero (and second cousin). The nation and the Queen had had to wait a year before they could see it in respect to the honor that her father George the Sixth was held in.

Before this most coronations, funerals and weddings were held in private. However the young Royal couple, especially Prince Philip, wanted the event to be open and accessible to the populace. For the first time the BBC would cover the event.