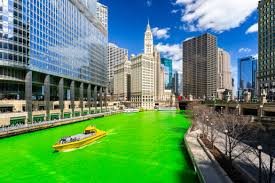 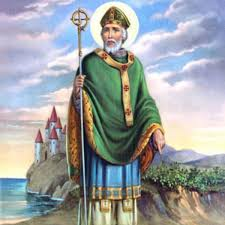 Patrick was born circa 400 A.D. in Britain. He was a nobleman and he lived his early life as an atheist, despite being born into a religious family. Patrick was captured by Irish pirates at the age of 16 and it was during this era of enslavement, where he was entrusted with animal care, that he rediscovered his faith. While, after escaping from Ireland, he returned to Britain, he would return soon after as a missionary.

One interesting tradition is that the normally muddy waters of the Chicago River are dyed bright green by the Rowan and Butler family clans every St. Patrick’s Day. Every year, a six-person boat crew, manned solely by Tom Rowan or Mike Butler’s relations, head out to the river and shake the orange powder from a sifter into the sea. The orange powder formula is strictly top secret and, before returning to usual, the river water retains its bright green hue for around five hours.