The history and application of the Chevron. One of the most dramatic and striking designs is that of the chevron. The shae comes from Heraldry but it has proved to be a most effective road safety measure as can be seen by road signs indicationing the sharpness of bends and for van identification. For example Chevron Kits and Chevron kits for vehicle chevrons are readily available to be applied. Where does the style come from? Whilst it is common to think that the chevron comes from the time of heraldry and the insignia of knights it is actually a lot earlier than that. Early human pottery features the shape, as the potter at the time might have wanted to distinguish which was their own work or they fancied getting a bit artistic and were bored. In Knossos the ancient capital of Crete you can see the design and the Spartan’s featured it on their shields. 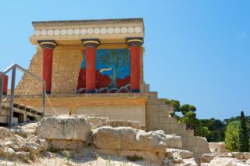 With the establishment of the Normans rule of Britain the heraldic shield became common place for a knight or Baron of the feudal system. The Chevron is an “ordinary” device that features heavily due to its striking design. It can point up or down and is used to great effect.